The price of LCD panel (hereinafter referred to as “panel”) is ushering in a new round of increase.

Since the era of Internet TV, the price war in the color TV market has become the norm. The average price has been declining continuously, and the supply of TV panels exceeds the demand. In the past year, the price has been declining continuously. However, since June this year, the previous supply and demand status of the panel has been broken, ushering in a continuous rise. Compared with the data of Qunzhi Consulting in early June and early September, the price increases of 32 inch, 39.5 inch, 43 inch, 50 inch, 55 inch, 65 inch and 75 inch panels are 50%, 28.3%, 39.1%, 40%, 31.2%, 16.8%, 9.1%, showing an overall upward trend, especially the increase of small and medium-sized panels.

Epidemic situation catalysis, the withdrawal of LCD panel merchants, imbalance between supply and demand led to a sharp rise in panel prices.

The sharp rise in LCD panel prices is affected by the epidemic situation and the decrease in the number of LCD panel merchants. 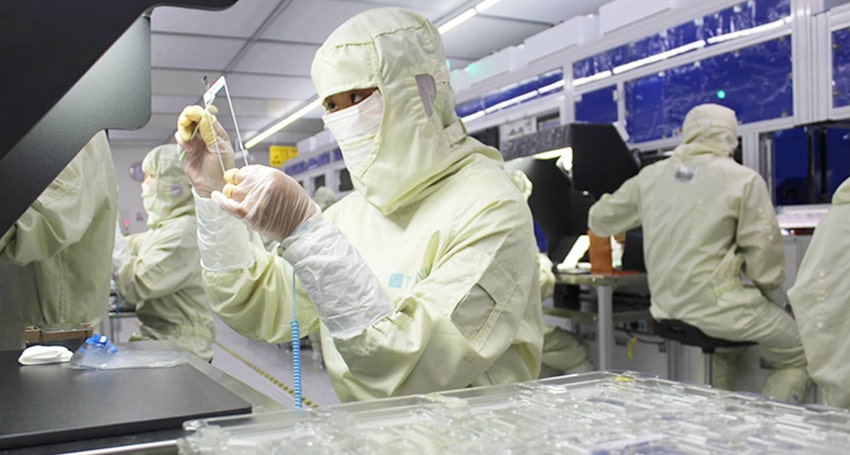 In July, the shipment of large-sized panels in the world increased by more than 20% year-on-year, almost reaching a new high in recent years. Among them, the shipment of TV panels remained at a high level, with 23 million pieces shipped that month. Huaxing Optronics, Sharp, Samsung monitors and qunchuang Optronics increased by 3%, 64%, 1.5% and 1.5% respectively month on month. However, the increase in panel shipments did not meet the purchase demand of color TV brands in the second half of this year.

The accelerated development of online education and telecommuting during the epidemic has promoted the sales growth of monitors and laptops, and prompted many panel manufacturers to increase their investment in IT panels. Compared with TV panels, IT panels have better profit performance. Some panel manufacturers continued to maintain high IT production capacity in the third quarter, which also affected the supply of large-size TV panels to a certain extent.

In addition, LGD shut down the production capacity of local TV panels this year, Samsung monitors also announced that they would withdraw from the LCD market at the end of this year, and Korean panel manufacturers would withdraw from the panel market one after another. Samsung’s TV panel production capacity in July 2020 was 2.53 million pieces, accounting for about 11% of the global market share. Korean-style panel manufacturers are clear, and in the short term, the upstream side lacks new production capacity supplement, which makes some color TV brands worry about whether the market supply will be affected, thus expanding the procurement plan.

In the first half of the year, due to a series of factors such as insufficient shipments, the withdrawal of Korean panel manufacturers and the squeezing of TV panel production capacity by IT panels, color TV brands are bound to increase the purchase of TV panels to cope with several promotion nodes in the second half of the year. The color TV market will usher in the peak sales season at home and abroad in the second half of the year. There are offline promotions during the golden week of November and online promotions during the Double Eleven in China, overseas, due to the impact of the epidemic on the supply chain, the channel inventory remains at a low level and the willingness to replenish goods is relatively high.

Supply and demand are tight, and panel prices are rising. 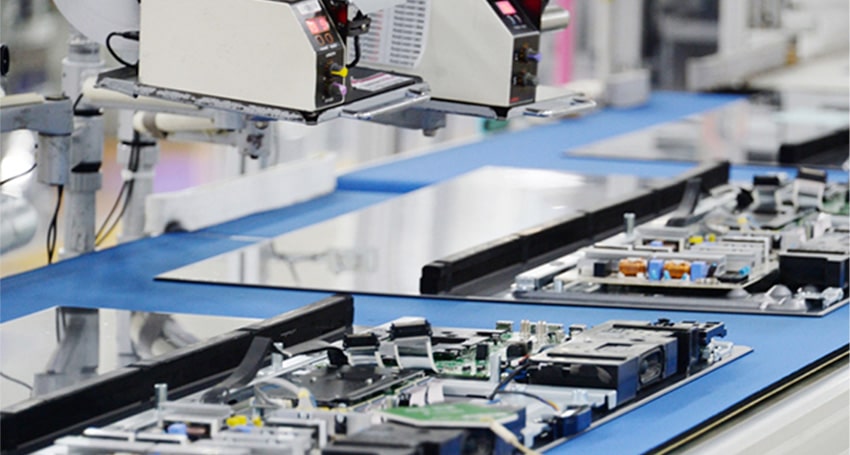 Since this year, panel prices have encountered roller coasters. After reaching the low point of the year in the second quarter, in the past two months, the panel price has gradually recovered and even increased by 20%-30%. At present, the price increase is still continuing.

For this round of rise in panel prices, in the first quarter of this year, due to the epidemic situation, terminal brand shipments declined rapidly. At that time, the panel plant’s crop movement rate was normal and the inventory water level rose, therefore, the panel factory cleared part of the inventory at a low price. In June, the impact of the epidemic tended to be normalized, channels faced a large demand for replenishment, and panel prices recovered. In addition, due to the impact of the epidemic, online education has developed rapidly this year. At the same time, the profitability of IT and MNT panels is much higher than that of TV panels, therefore, in the third quarter, some panel factories turned some TV production capacity to produce IT products. In general, the demand rebounded, and the reduction of production capacity led to the tight supply and demand of TV panels, which led to a rapid rise in prices.

At present, as the epidemic situation gradually improves, most of the domestic panel factories are in full production after they resume work.

The price war will not stop, but it will stimulate brands to develop more high value-added products. 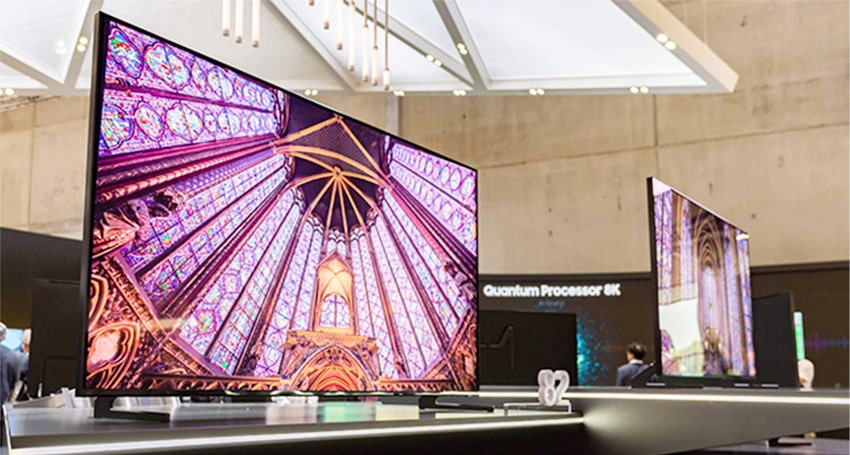 At present, the price increase of panel has pushed up the price of color TV products, and the average price of products will rise to a certain extent in the short term. However, considering that the capacity of color TV industry is not large enough, factors such as the strength of the main practitioners and the favorable attitude of the cross-border practitioners towards the industry have jointly contributed to the current industry pattern. The price war will not end just because of the rise and fall of panel prices.

The price increase of color TV products due to the rise of panel cost will not have a great impact on consumers’ consumption confidence. With the improvement of people’s consumption ability over the years, consumers are more willing to find a balance in price and performance than simply tend to buy low-priced color TV products. “At present, there is a mismatch between the demand of consumers and the supply of brand owners. Consumers prefer to buy some products with relatively high performance and acceptable price, but many color TV brands offer some low-priced products in the fierce market competition.

The price increase of the panel will make each color TV brand realize more deeply that the low-priced products are vulnerable to the fluctuation of upstream manufacturing costs, thus affecting the change of profits, while the middle and high-end products rely on their own high premium, be more calm when dealing with upstream cost fluctuations. Some color TV brands which prefer sales volume may strengthen product innovation and develop some middle and high-end products with higher added value, thus the color TV industry will develop towards higher quality.

The supply of panels is in short supply, which may also affect the change of brand pattern. In this cycle of panel shortage, color TV brands with deep control over upstream and downstream industry chains may have greater advantages. 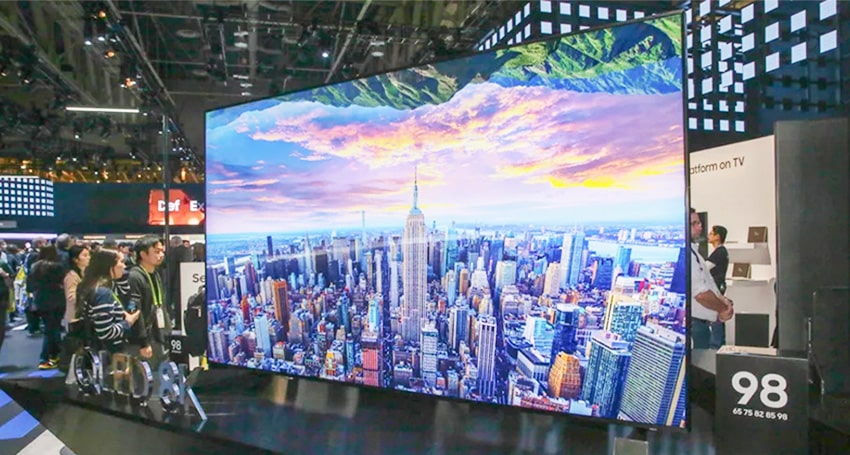 What contrast ratio is good?

How cool is the USB C screen?